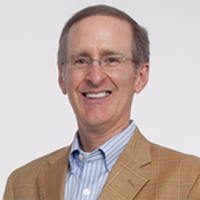 Mark J. McCreery serves as Co-Founder and Managing Director/CFO of MuniStrategies. An experienced business manager and entrepreneur, he has been involved in 28 different start-up businesses since 1988. These businesses are diverse and include companies focused on retail, restaurants, real estate, direct mail, business consulting and software development. He has raised over $50 million in capital for these businesses. Prior to MuniStrategies, McCreery also worked as a financial and strategic consultant to various political clients including Rudolph W. Giuliani (Mayor-New York City in 1993/1997), Lamar Alexander for President ’96, Bush-Quayle ’92, and the 1992 Republican National Convention in Houston, Texas. McCreery also worked for Mayor Giuliani at New York City Hall in 1994, managing a staff of 170 and a budget of $137 million. In 2007, McCreery served as MS State Finance Chairman for Rudy Giuliani’s presidential campaign.

McCreery  resides in Ridgeland with his wife Sharon and daughter Madison. McCreery attended Millsaps College in Jackson, Mississippi where he received both BBA and MBA degrees. McCreery has been involved in various activities throughout the Jackson metropolitan area, including membership in Leadership Jackson and serving on the Else School of Management Advisory Board at Millsaps College. In addition, he has previously served as a trustee for Hinds County Economic Development District and Business and Industry Political Education Committee (BIPEC). In recognition of his service to the community, McCreery was one of the 2008 Goodwill Industries “Mississippi Volunteer of the Year” recipients. Finally, McCreery is a frequent lecturer, is an Entrepreneur-in-Residence for Innovate Mississippi and has also served as an adjunct professor at Millsaps College Else School of Management where he developed the curriculum for a class called Entrepreneurship.

© 2020 Munistrategies LLC, All Rights Reserved
In accordance with federal law and U.S. Department of the Treasury policy, this institution is prohibited from discriminating on the basis of race, color, national origin, sex, age, or disability. To file a complaint of discrimination, write to Department of Treasury, Office of Civil Rights and Diversity, 1500 Pennsylvania Avenue, NW, Washington, D.C. 20220 or call (202) 622-1160.