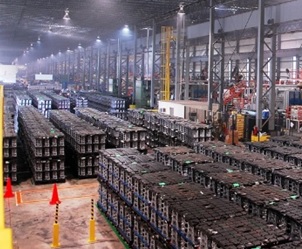 Nemak is a leading provider of innovative lightweighting solutions for the global automotive industry, specializing in the development and manufacturing of aluminum components for powertrain and body structure applications. The company employs more than 23,000 people at 38 facilities worldwide, generating revenues of U.S. $4.3 billion in 2016.

Since the founding of its Alabama facility in 2000, Nemak has remained one of the largest employers in Talladega County, employing as many as 700 people. Nemak provides high-quality advanced manufacturing jobs to a severely distressed rural community suffering from high unemployment (15.4%).

The Alabama expansion is a result of three new contracts that will utilize the High Pressure Die Casting (HPDC) technology. Nemak Alabama consists of two plants, which now both utilize modern HPDC technology.

This project received Honorable Mention in the Novogradac 2017 QLICI of the Year awards in the Non-Metro Category.